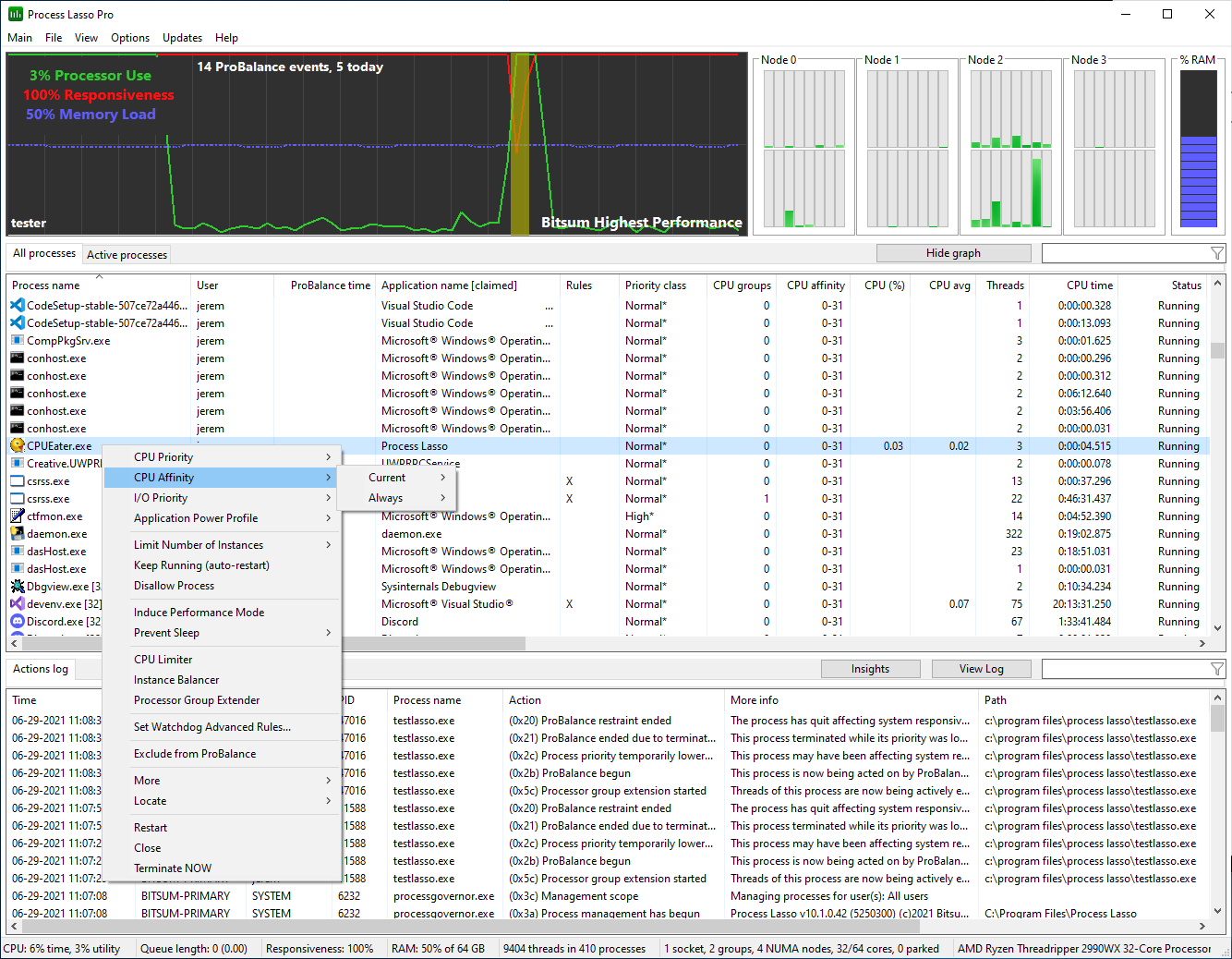 In version 10.0, we changed the default Governor (the component of Process Lasso that enforces rules) deployment type to a system service. We call this Governor-as-a-Service, or GaaS. This change was enabled by a tiny new session agent process, bitsumsessionagent.exe. We previously only installed the session agent for GaaS deployments, but now we always install it. This simplifies the code and improves handling of multiple simultaneous sessions when the Governor is deployed as a normal process (GaaP) instead of service.

Foreground boosting dynamically increases the priority class of the process whose window is in the foreground. It is generally NOT recommended. ProBalance works in the opposite direction, lowering the priority of problematic background processes. That is because Windows already does some foreground boosting and additional boosts are usually not effective, and may cause issues with some applications. That said, we at Bitsum endeavor to let users run processes their way, so we made sure this feature works to its fullest.

With the default setting of ‘Ignore children of the foreground process’, processes under active restraint whose parent moves into foreground will now be immediately unrestrained. Previously, this exclusion was enforced only during the initial decision to act on a process, and so a process under restraint whose parent then went to the foreground would have to wait for a natural end to the ProBalance operation a few seconds later. Finally, a distinct log entry type was added for when a ProBalance event ends due to a change in the foreground process.

Some users needed the ability to prohibit Internet Explorer (iexplore.exe) unless certain other processes were also running. This is useful when legacy applications depend on Internet Explorer. This feature can be found under ‘Options / Control / More’.

Proper detection and handling of the latest Windows 11 pre-release was added. Of course, Windows 11 development is on-going, so we continue to monitor and adapt Process Lasso as necessary.