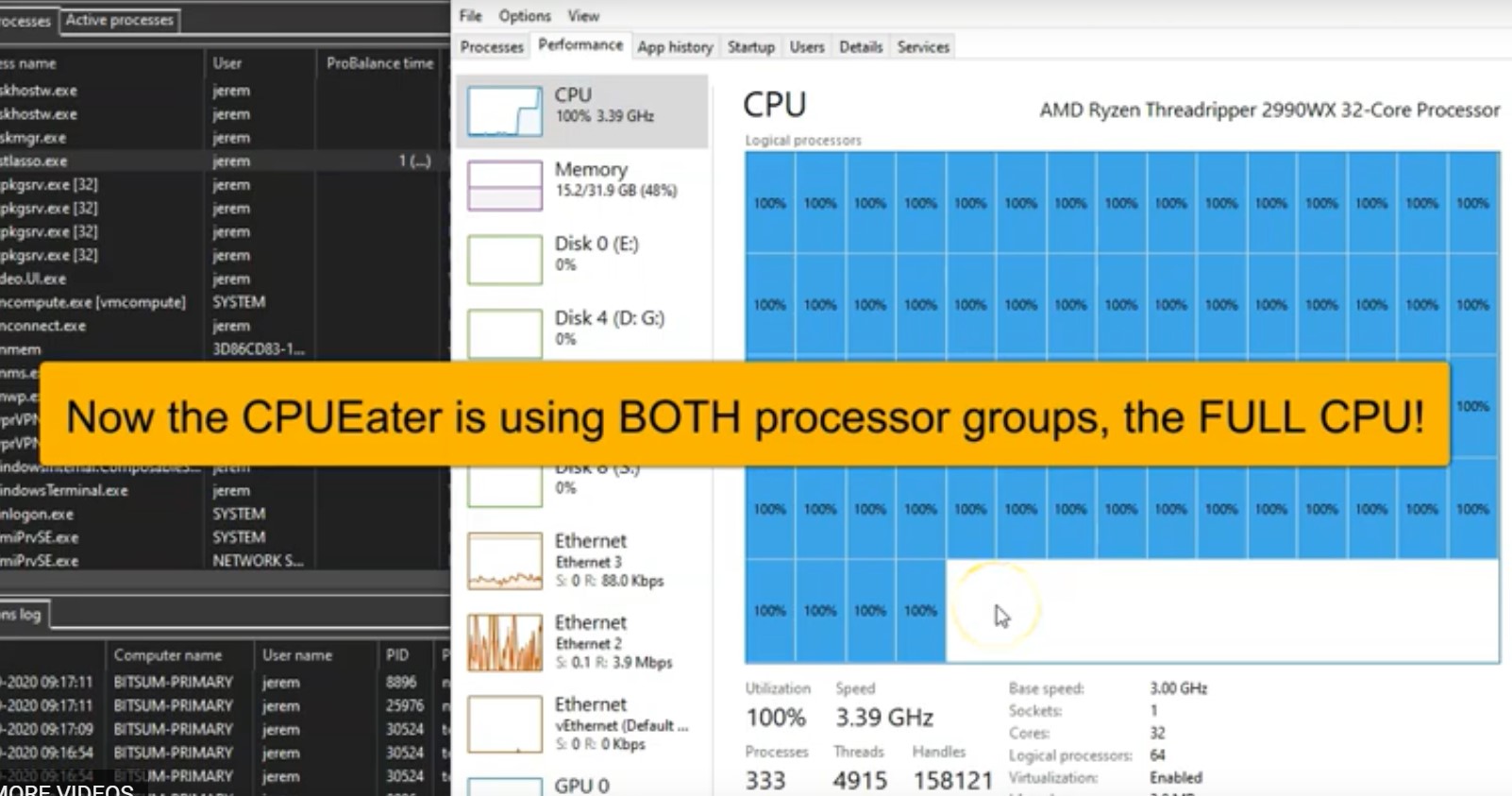 Process Lasso 9.7 adds the Processor Group Extender. This novel algorithm allows processor group unaware applications to make use of the full CPU. It accomplishes this by monitoring threads of target processes and dynamically assigning threads to supplemental processor groups as required.

Group unaware applications will therefore be limited to a single processor group, leaving CPU cores in the other group(s) underutilized. Ideally, the application developer would update their software to be group aware, but for cases where that hasn’t happened, Bitsum now has a solution! We call it the Processor Group Extender. It monitors threads of target processes and assigns excess threads to supplemental processor groups.

In the case of AMD’s 3990x, for a CPU bound group unaware application with 128 threads, the performance boost would be nearly 100%.

We would love to hear your feedback as you experiment with this novel technology with real-world loads. Please contact us if you make use of the Processor Group Extender.