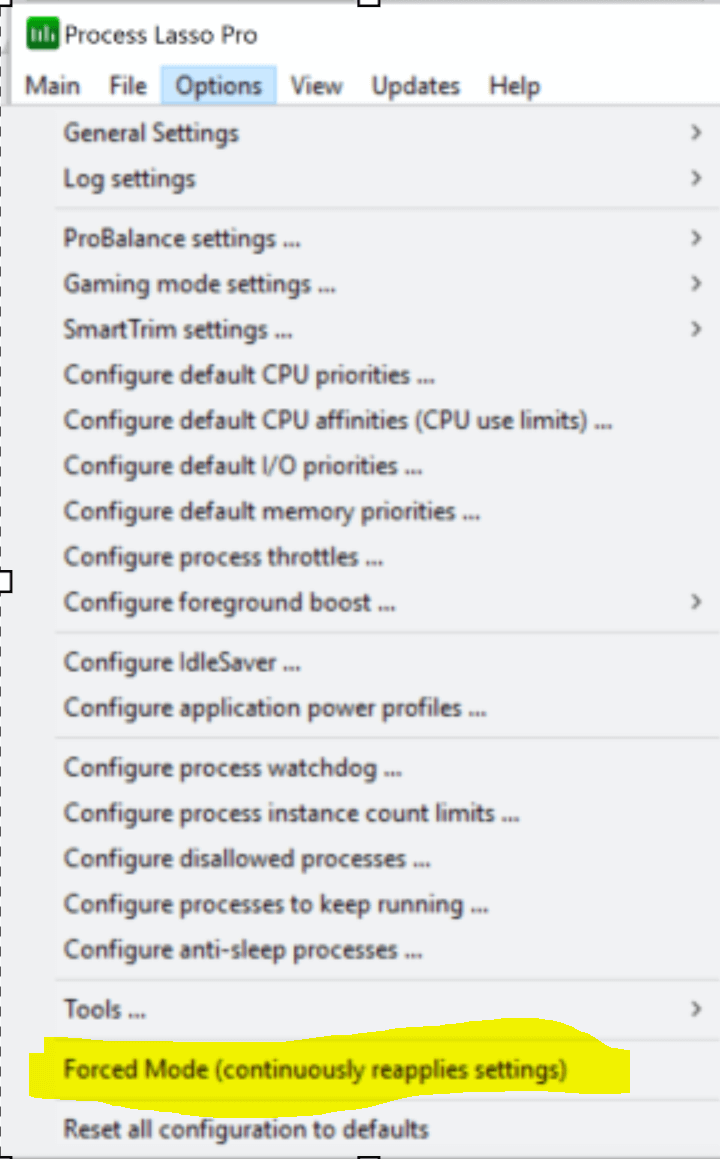 This is an update as we work to refine product documentation in all languages. Process Lasso’s Forced Mode is now documented here.

When enabled, Process Lasso’s Forced Mode causes Lasso settings such as process priority classes and CPU affinities to be continually reapplied, instead of only performed once on a given instance of a process.

Do not confuse this with mere default/persistent/always priorities or CPU affinities. That (persistent process settings) is a core feature of Process Lasso, but the user must set them under ‘Always’ in the process context menu. The Forced mode option tweaks the way that persistent CPU affinities and process priority classes are applied.

This is to deal with cases where processes set their own settings. However, since it is assumed a process that sets it’s own settings knows what it is doing, this setting is disabled by default and Process Lasso will not try to ‘fight’ with the process for settings. When disabled, if a user rule conflicts with a process self-setting, a race condition can theoretically exist, though is normally not an issue since the launch of the process would have to occur within a handful of unlucky milliseconds of a given second.

The option can be toggled in Process Lasso here: 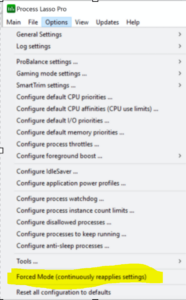