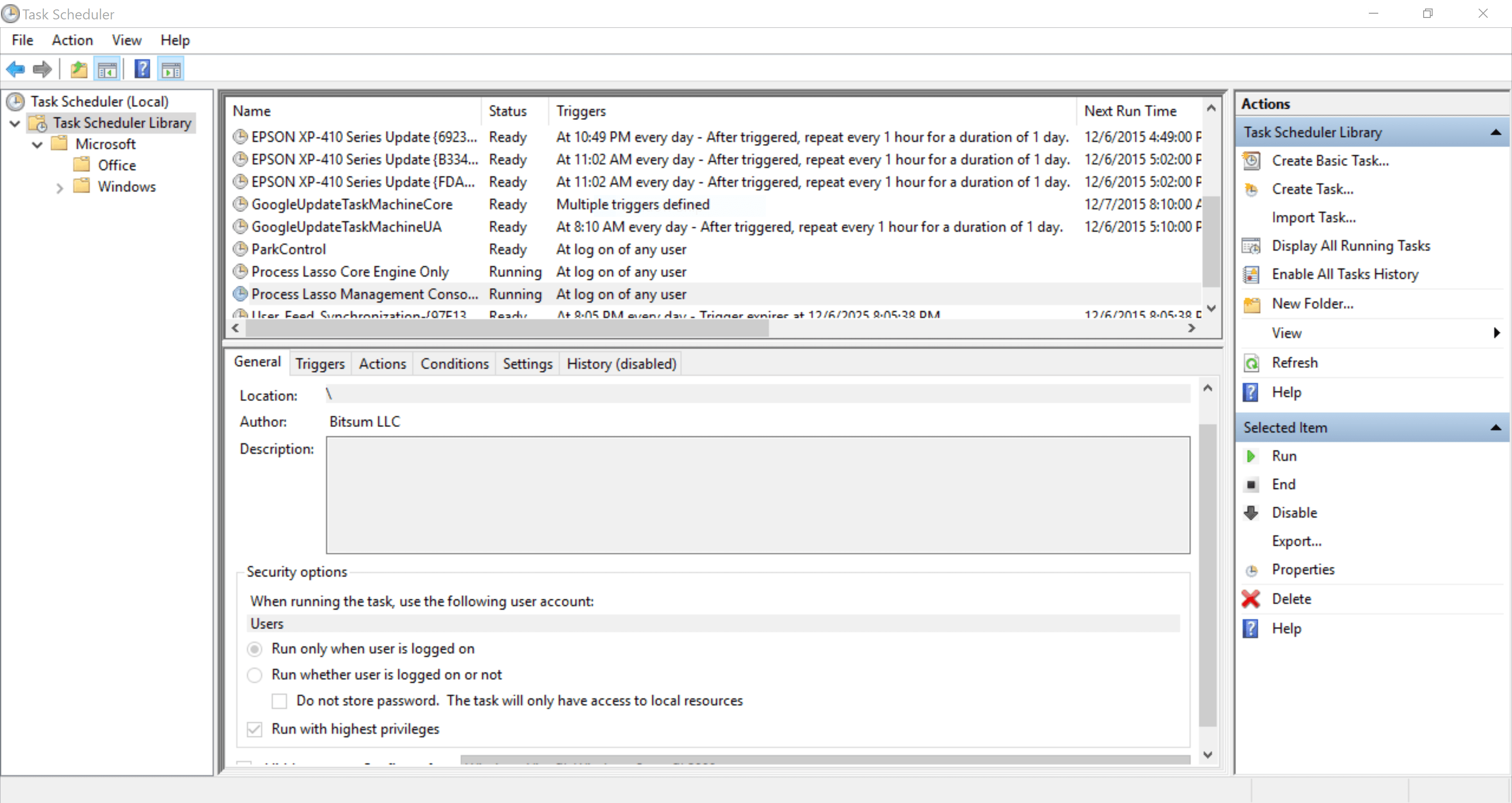 About Task Scheduler 2.0, and Why You Should Never Disable It

In NT6 (Vista), a major kernel and subsystems redesign occurred. The refactored subsystems are still used in Windows 10 for desktop applications, thus are still important, especially after the arguable ‘failure’ of Windows 8 Store Apps. The subsystem in question here is the Task Scheduler. In Windows XP and before, when an application wanted to start itself at […]